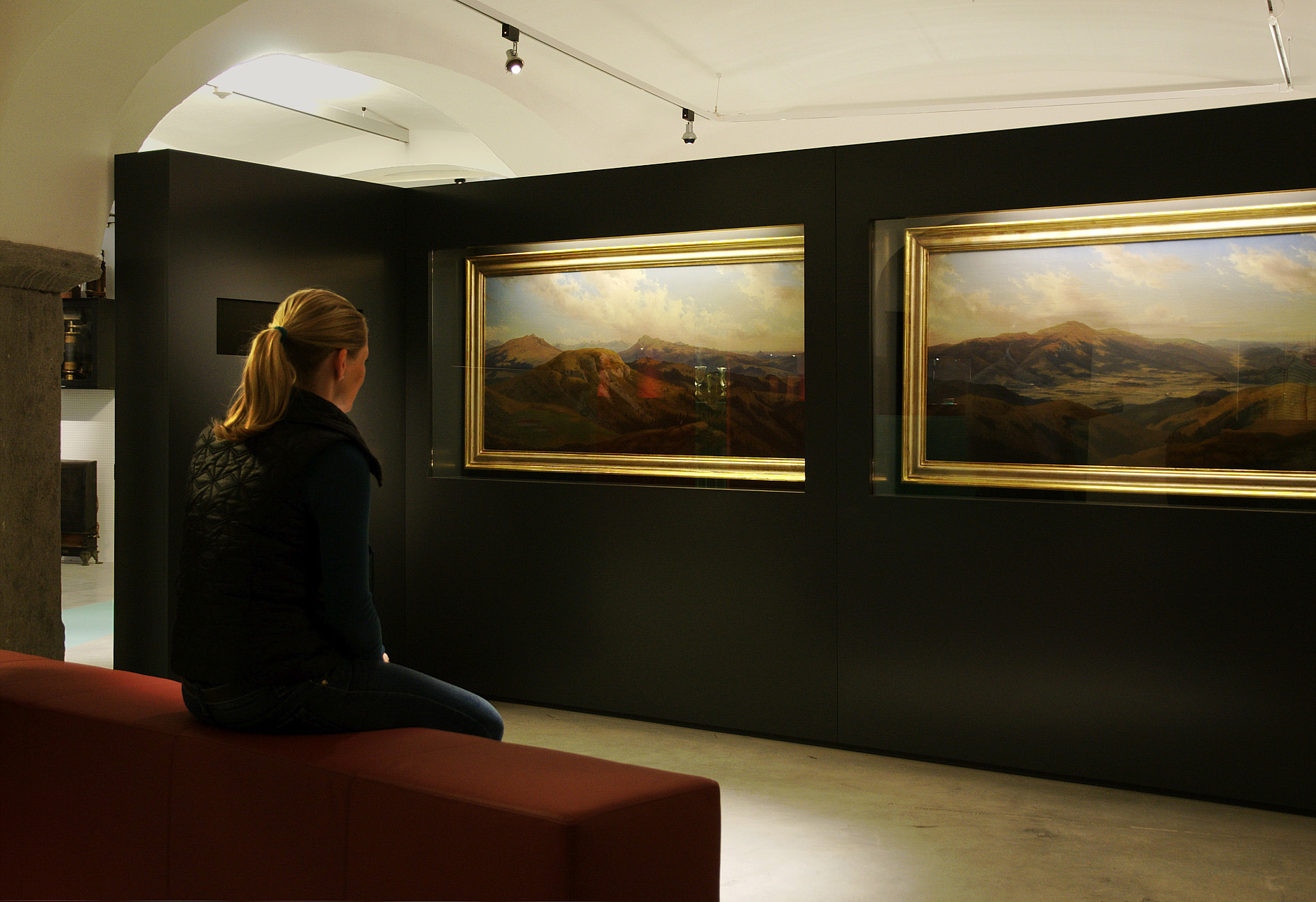 Discover and experience the Lavanttal valley region!  The MUSEUM IN THE LAVANTHAUS, situated close to the historic city of Wolfsberg, is the regional museum of the Lavanttal. A diverse mix of classic presentation forms and interactive elements are prepared for you. The range of topics covers cultural and economical history, nature, people, folklore and historical geology as well as literature and contemporary history.

The journey into the „Lavanttal Universe“ begins in primeval times and focuses on the fossil findings of the region like horsetail mussels or a tooth of a bear-dog. You can also see the only fossil-preserved spider that has ever been found in Austria. Take a look at the mountain treasures such as rock crystals and hematite. The valley and its mountains are also well known for their world of flowers. Over 1500 different flowers and plants are known. You can discover unique flowers by browsing through the digital herbarium.

Don´t miss the story about the „Camp Town Wolfsberg“: In the 20th century the city of Wolfsberg had three large camps that shaped the life and fate of tens of thousands of people from almost all parts of the world for various reasons: The Ruthenian camp from 1914 to 1917, the POW camp Stalag XVIII A from 1939 to 1945 and the internment camp 373 after the Second World War in the years from 1945 to 1948.

If you are interested in literature or cinema you can meet stars such as Christine Lavant or Maria and Maximilian Schell. The local folklore collection includes extraordinary examples of black pottery tableware as well as typical costumes. And much more!

Over all – a diverse panorama of the Lavanttal region warmly welcomes you.

In autumn 1939, after the outbreak of the Second World War, the German armed forces built a prison camp for Polish and Belgian officers, the Oflag XVIII B, on a large parade ground in the district Priel. Starting in the spring of 1940, Belgian and French soldiers joined them and the camp was converted into a personnel main camp, Stalag XVIII A. After the occupation of Yugoslavia, the Greek campaign and the invasion of the Soviet Union, British, Australian, New Zealander, Russian, Serb, American and Italian soldiers and, after the suppression of the Warsaw Uprising of 1944, also Polish resistance fighters were held in the main camp Stalag XVIII A in Wolfsberg. At its peak time, the prisoner of war camp in Wolfsberg with its sub camps in Carinthia, Styria and Salzburg were responsible for 30,000-40,000 prisoners, 8,000 of whom were housed in Wolfsberg alone.

The prisoners of war were put to work in many labour battalions in the Lavant Valley. In addition to road works and industry, in the paper mill in Frantschach, the mines in St. Stefan, Waldenstein and St. Leonhard on the Saualpe, prisoners of war were also involved in the construction of the two Drau River power plants in Schwabegg and Lavamünd. A large number worked for farmers as servants and harvest hands, which resulted in various encounters with the local population.

On the 18th of December 1944, the US Air Force bombed the camp by mistake: 46 prisoners of war and three locals lost their lives.

After 1945, the prisoners of war returned to their home countries, but a few remained in the Lavant Valley, where they got married and started a new life.